Crumhorns are double reed woodwind instruments that were particularly popular in the Renaissance period. Their distinctive name comes from the German for 'bent horn', the relevance of which is immediately apparent given the instrument's J shape. They are capped reed instruments, requiring the player to blow into a wind cap on which the double reed is mounted in order to produce a note. The instrument has a relatively limited range, so was often played in a group with instruments of differing sizes. The Collection holds an example, which is generally regarded as being the oldest in Britain and is though to date from about 1600. It was constructed in two longitudinal halves, rather similar to the early cor anglais construction style, and is covered in leather. The Collection includes many other modern-copy instruments mostly made in the 1970s. 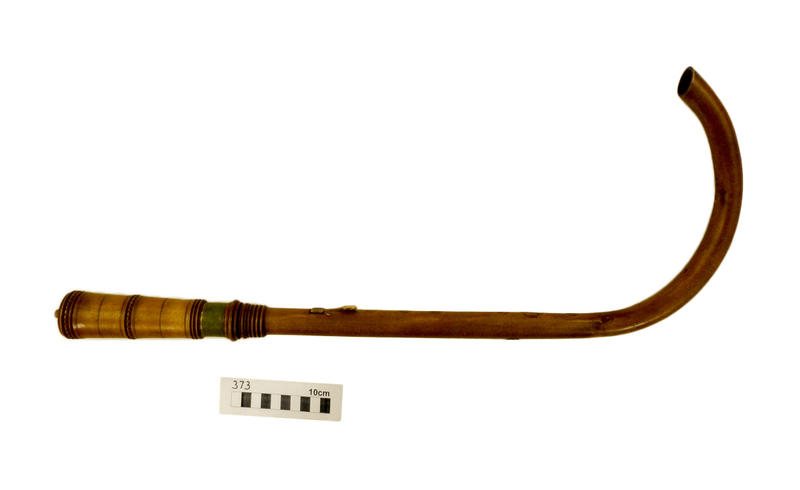