"Bate felt convinced that there was a purpose in his collection concerned with the interpretation of music. If the instruments were properly maintained, they could be used. So, in 1968 he presented the Bate Collection of Musical Instruments to the University of Oxford."

Philip Bate, born March 26 1909; died November 3 1999, is now best known as the founder of the Bate Collection of Musical Instruments. He was by profession a radio and TV producer working for the BBC for most of his life. At university he trained to be a geologist and palaeontologist. He was also an author of several plays, a scholar of musical instruments - and an amateur clarinettist.

Bate was born in Scotland the only child of English parents. His father, Percy Bate, then secretary to the Glasgow Museum of Arts, became the curator of the Municipal Art Gallery and Museum in Aberdeen. Percy Bate died when Bate was five. Philip Bate’s early childhood was not a musical one as his father did not like hearing music in the house. He did allow Philip to sing nursery rhymes accompanied by his mother at the piano. Philip’s mother, Mary Turner was a keen musician, both pianist and violinist who also sang contralto in Charles Sanford Terry's Bach Choir.

Bate attended Aberdeen Grammar School. There, when he was twelve, he heard his first orchestral concert which inspired him to learn the clarinet, and also to collect old instruments. Winning a Carnegie award, he took an honours degree in Pure Science at Aberdeen University in 1932. He then intended to pursue postgraduate work in geology.

However, while at university, Bate became keen member of various dramatic societies. When the new drama department of the Aberdeen station of the BBC sought amateurs to make up the cast for broadcasts, Bate was frequently chosen, not least for his English accent. Through this contact with the BBC, Bate applied for and was appointed to a post in London.

Bate spent most of the rest of his career working for the BBC's music department - as a balance control assistant (1934-37), then a studio manager (1937-39). After a brief wartime period in military censorship he was recalled by the BBC, and produced the famous recording of James Blades playing the drumbeat used as the symbol of the European resistance. After the War Bate worked for TV in the Empire Music Service as a producer (1946-56).

During his BBC career Bate produced some of the first Edinburgh Festival live performances and pioneered many live interview programmes, such as The Conductor Speaks, with Sir Henry Wood, Sir Malcolm Sargent, Sir Thomas Beecham and Leopold Stokowsky. Later, realising the potential of ballet on television, he produced Margot Fonteyn's first television appearance, and encouraged groups such as the Paris Opera Ballet to Britain for the first time. Wishing to introduce the ballet to new audiences he began the TV programme Ballet for Beginners. From 1956-67 he was employed in senior training positions for the BBC. His last working year 1967-68, he spent as the first head of training at the new Communications Centre, Dublin.

Throughout his life Bate was collecting and studying musical instruments. He started while still a schoolboy by haunting junk shops and markets. He always remembered that one clarinet from a market stall cost him his whole week's pocket money. His first flute, by William Henry Potter, was given to him by friends and the next he inherited from his flautist grandfather. When he worked and lived in London, he was a regular visitor to the salerooms as well as to the Caledonian Road, Portobello and Bermondsey markets.

He made many friendships with those of similar interests, one lifelong friend being Canon Francis Galpin. Galpin encouraged Bate to turn his scientific training to the study of instruments. Bate was able to use his woodworking skills to make instruments as well as restoring those in his collection. Later mastering metalworking techniques, he made reproductions of draw-trumpets which were used by David Munro in Early Music Consort of London concerts and recordings.

In 1946, he and a group of friends founded the Galpin Society, the first society to specialise in the history and study of musical instruments. Bate was its first chairman, and then its president, from 1977 until his death.

By the mid-1960s his collection had grown until it covered the history of woodwind from 1680 onwards, as well as including some brass instruments and an important collection of printed instrument tutors. He felt convinced that there was a purpose in his collection concerned with the interpretation of music, and that were the instruments properly maintained, they could be used. So in 1968 he presented the Bate Collection of Musical Instruments to the University of Oxford. This gift was conditional on it being a teaching collection with a specialist curator who could care for it and lecture.

In the following years Bate continued to add to the collection and was to see it grow through the acquisition of collections made by his many Galpin Society friends and colleagues. His generous support for the curators was a strength to them, and his continued enjoyment of the instruments an inspiration to the students and scholars who met him. Many of these students, scholars, friends and family were to celebrate his ninetieth birthday with him at the Bate Collection in 1999. In these days of the popularity of 'living' museums, he never seems to have realised how remarkable and forward-thinking his generous gift and his vision for it were.

Publications: The Oboe (1956), The Trumpet and Trombone (1966) The Flute, A Study Of Its History, Development and Construction (1969) as well as many articles for the Grove dictionaries of music. 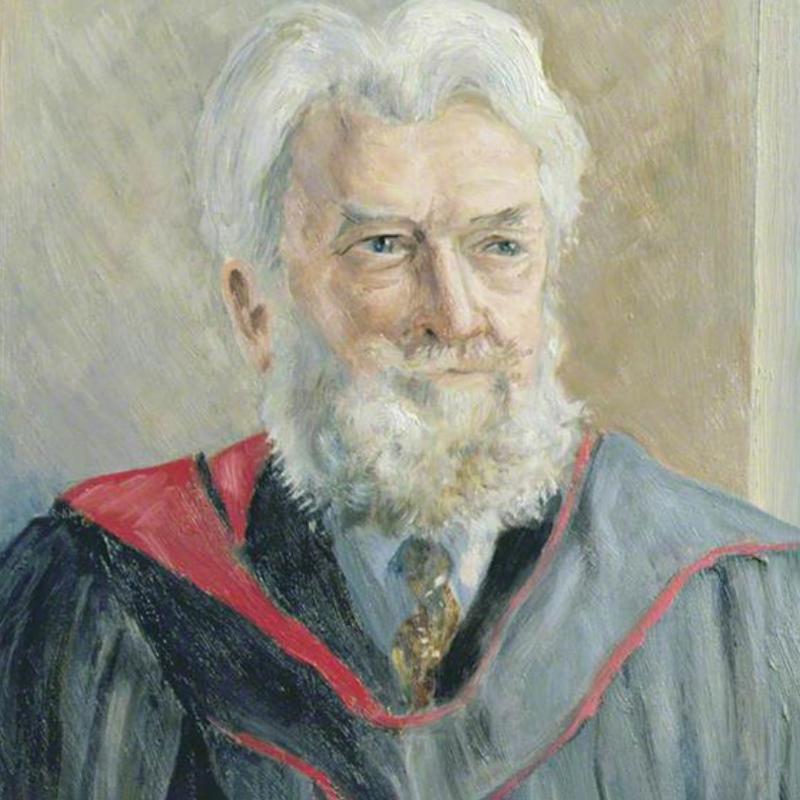