There have been tantalisingly obscure mentions of bagpipe-like instruments dating back to antiquity, as reported by Aristophanes in 4,000 BCE. In the 14th century bagpipes were use in courtly music in England, though this gradually died out and they moved northwards and westwards. Despite the prevalence of the modern Scottish Great highland Bagpipe, bagpipes are poplar across a large part of Europe and North Africa and are used particularly in the production of folk music. Bagpipes usually have a chanter and one or more drones which are supplied with air from a bag, which is placed under the player's arm and compressed. More refined versions are bellow-blown. 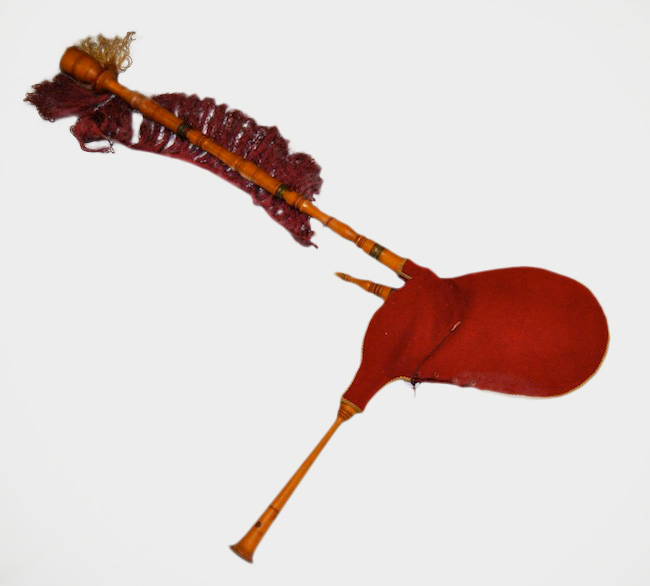