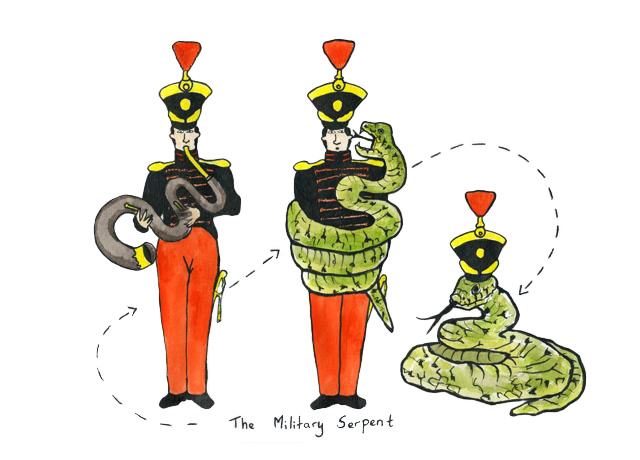 The serpent is an early form of bass wind instrument, descended from the cornett, and a distant ancestor of the tuba.  It is classified as a “labrosone”, meaning it has a brass-style mouthpiece.  Like the cornett, it has side-holes. It is usually constructed in an “S-bend” formation with a snakelike shape. It is usually made out of wood and covered in dark leather.  However, there have been a number of variations made of different materials.  Nowadays instruments are also made of plastic.

It was initially developed in France in the late 16th century to accompany church plainsong.  Since that time variants have been introduced into orchestral and band music.  Famously, Berlioz scored for the instrument in a number of compositions. In recent years there has been a surge of revival of interest in the instrument with inclusion in regular festivals.

Included in the Bate Collection is an English military serpent by Thomas Key of London (Bate Collection number 505).  It is fairly typical of an English style military serpent.  It is of sectioned wooden construction in the classic “S” bend arrangement with all parts stapled together and then bound in linen and painted with black pitch.  There are six open tone holes and seven brass keys mounted on saddles.  The brass crook fits into a brass socket ferrule which bears the engraving:  “KEY / 20 CHARING CROSS / LONDON ; LGL5 from 1813”.  The bends are supported in plane by brass struts and the bell is angled forwards at about 40 degrees.  It is complete with an ivory mouthpiece and is in mostly playable condition. 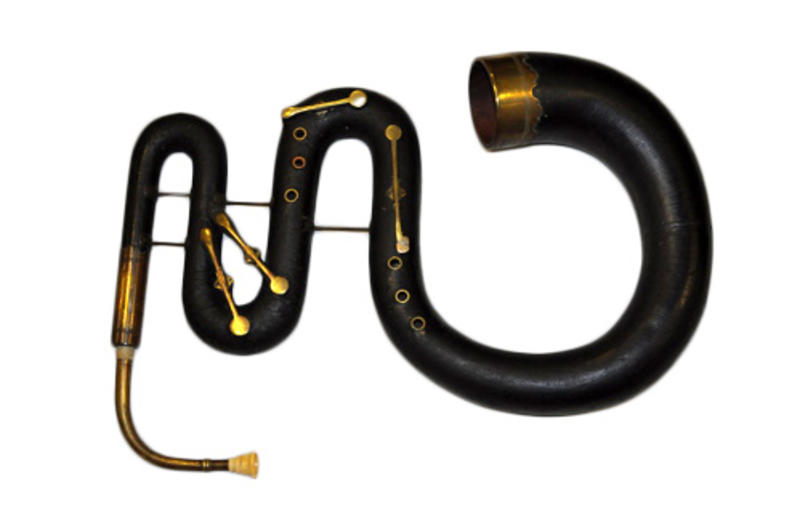 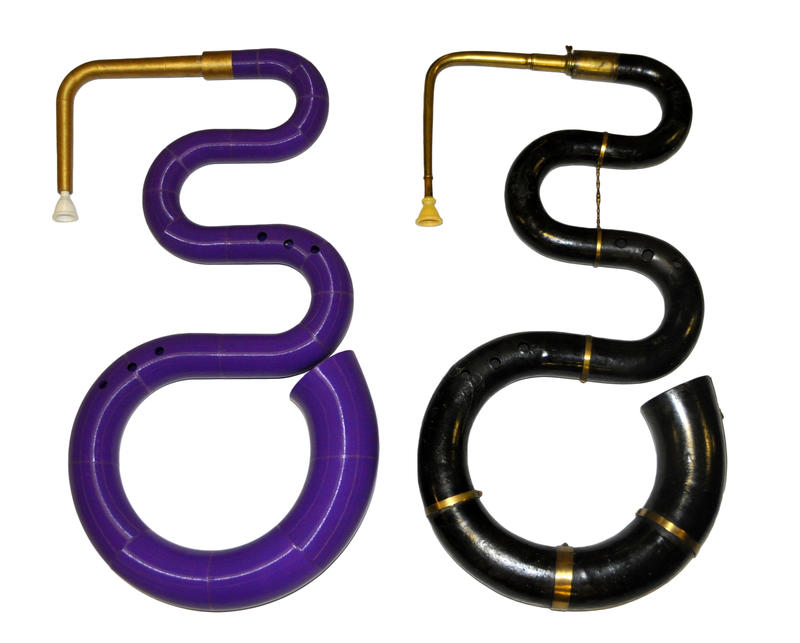