This instrument is from the Paris workshop of the famous Raoux family of brass instrument makers.  They were especially noted for their hand-horns, which they raised to the highest standard of design and workmanship.  The horn is an improved version of a previous design known as Hampl-Werner Inventionshorn. In this, the instrument has a fixed mouthpipe with centrally inserted crooks as opposed to other designs with inter-changeable mouth-crooks. 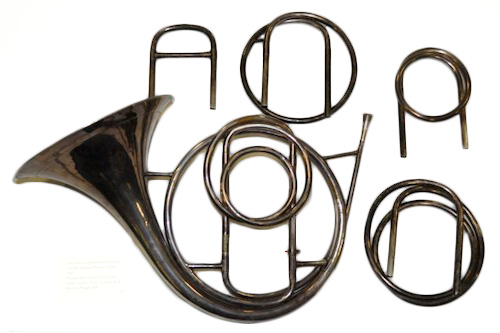 The crooks were made so the instrument could be played in the keys of D, Eb, E, F and G, the most usual keys for solo playing, and was therefore known as the Cor Solo.  It was an immensely successful design and was adopted by many leading virtuosos including Thurrschmidt, LeBrun, Palsa, Punto and Puzzi.

This instrument and crooks were made in 1823.  It was donated to the Bate Collection in 1972 by William Morley-Pegge as a memorial to his late father, the noted horn player and organologist Reginald Morley-Pegge. 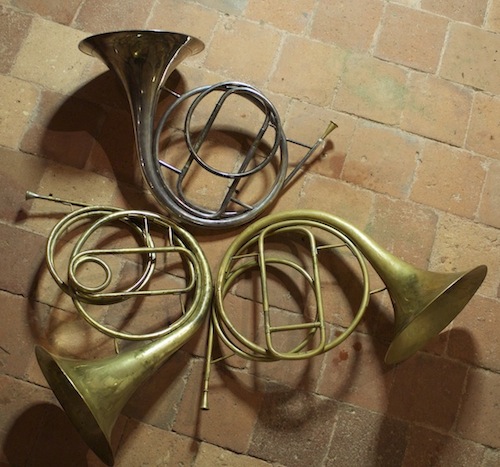 The performers are Anneke Scott, Jorge Renteria-Campos and Joseph Walters